The Hidden Face of the Brain / Science, tradition, kabbalah

The Hidden face of the Brain 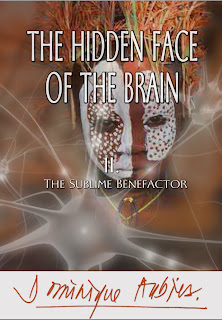 "Nothing is more urgent than to open to the world the message meant to describe the laws of the Spirit. Mankind has no other common good."

THE HIDDEN FACE OF THE BRAIN

The Hidden Face of the Brain

How can religions and traditions be reconciled while respecting the specificities of both? How can cultures gather under a common banner while each keeps its respective identity? Many poets have sensed the necessity for such a universal project. But which philosophy, which science, which form of politics would embody those perceptions? What would be the methodology?
Distinguished researchers suspect the existence of a single and unique pattern governing reality. But did the scattered body of sciences, including neurology, systemics, astrophysics, in spite of tremendous interdisciplinary efforts, ever identify one single universal constant? Mythologies and religions have long advocated a coherence that unifies the various fields of the Sacred. But how is it possible to isolate the universal vector that is responsible for unity? That is the subject of investigation that presents The Hidden Face of the Brain. This masterly book is the result of more than forty years of research. It brings to light the cortical code, the code of the archetypes of reality.
DOMINIQUE AUBIER starts from DON QUIXOTE, an initiatory treaty whose codes she deciphers and whose structure she reveals. It is in the story of the Knight that she finds the key to universality, where Cervantes had hidden it. With this tool, she was able to clarify the visions of the great Sufi IBN'ARABI from medieval hermetism. She relates The Mansions by Saint TERESA OF AVILA to the Treaty of the Palaces (The Zohar) by MOSES DE LEON. She gives the systemic explanation of the shamanic teachings of Juan Matus, the Native American sorcerer who was made known to the world by Carlos Castaneda. Including the Inuit, the Dogons, Buddhism or the Tch'an and Zen tradition, the author demonstrates that all expressions of human wisdom and spirituality can be explained by using the structure of the human brain as a model. The reader is invited to an exploration, a voyage to the frontiers of the functional laws of the cortex. These functions replicate and reproduce the image of the structural model at work in the universe. With this tool, the reader can test the validity of these discoveries on his own.
In this work, systematists will find the unifying principle, the identification of the structural model that underlies reality as well as its functional laws. Applicable to all fields of investigation, in social sciences as well as in management, ethnology, politics, it is an extraordinary presentation of the organic laws of Life. The book gives a clear presentation of the codes, acts and decrees found in all of our surroundings. Faced with the reality and this power, we have the choice to learn its order and layout.
The Hidden Face of the Brain is supported by extensive scientific documentation, which permits a close study of the logic of life and evolution. The book also offers the reader the joy of participating in an in-depth investigation. Translated into several languages, The Hidden Face of the Brain reveals the founding code of universality, while respecting the diversity of reality.

The Hidden Face of the Brain